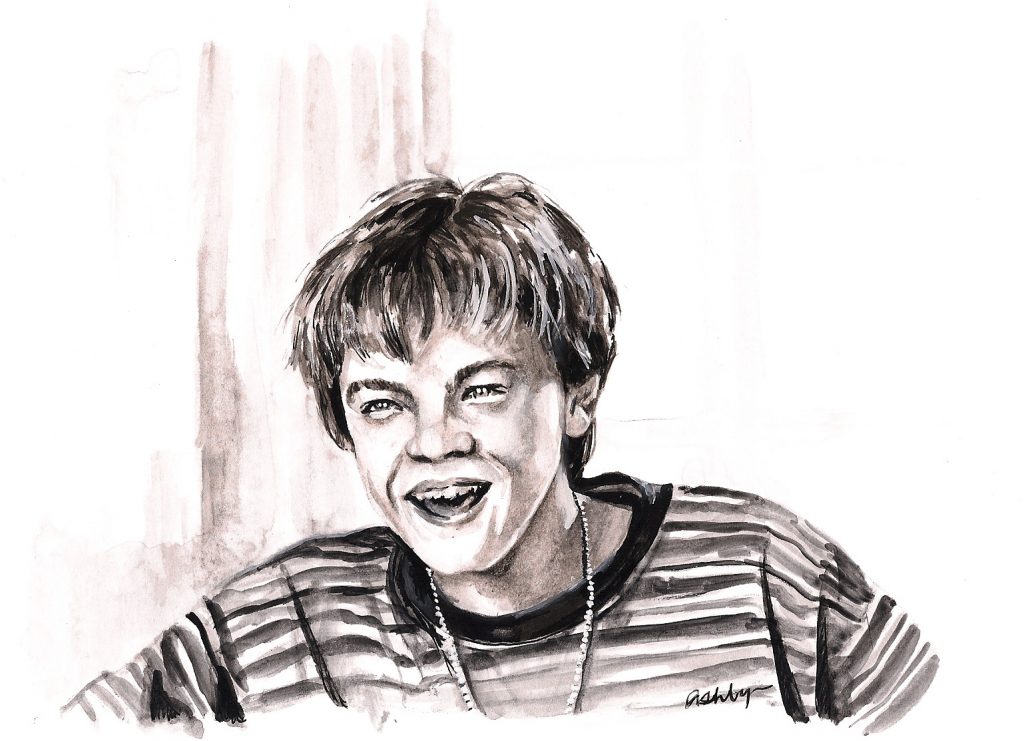 illustration by Brianna AshbyWe are quick to name the feelings that tether us to our families. Whether they unfurl as lists or cement themselves in a single word, our answers are often as assertive as they are wildly inconsistent, their specifics varying by the minute, the day, the events of the last holiday gathering. We cling to decisive statements, ones spoken with a little too much force, delivered like a verbal punch. Of course we love our family, how could we not? Of course we hate them, who can blame us? In the end, our insistence is only a more comfortable alternative to embracing the truth, because we have no exact answers. There is nothing emotionally definitive about these blood ties that send us reeling in every imaginable direction. They are not a feeling or several feelings, but rather an explosion of the entire spectrum. Love and hate and every emotion in-between scramble onto each others’ backs, teetering like a block tower just shy of toppling over.

Their clamor rings clearly in Gilbert Grape’s slack narration. Hidden off-camera in the film’s first moments, he describes his family — and the nowhere that is Endora, Iowa — in a tone that wavers between fondness and dripping cynicism. He confesses the burden of his little brother Arnie, nearly eighteen but stuck with a five-year-old’s brain, a miracle that he wants alive some days and dead others. His voice swells hopefully when mentioning his sisters, tightens when addressing his dead father and long-gone second brother and finally bottoms out with grief as the massive expanse of his mother’s body swallows the screen.

Gilbert’s own brushed-aside introduction completes a preliminary sketch, the bare bones of a Grape family portrait. Together, its members form a hurricane of wants and needs that Gilbert feeds from the place he’s staked at its quiet center. Arnie is a chore. His sisters, in their struggle to keep house, nag relentlessly. His mother, the ‘whale’, engulfs the living room couch, her endless, sorrow-stoked appetite a black hole whose pull none of them can escape.

It is fairly easy to determine who deserves our sympathy, given this initial impression. All signs point to Gilbert, nearly every aspect of his existence epitomizing underdog: his dead-end employment at Lamson’s Grocery, its wholesome business choked by the arrival of a Food Land supermarket near town; his failure to wrangle Arnie, despite all of his best efforts; the sorry affair he carries on with Betty Carver, a married, manipulative snake of a woman. You can’t help but feel for the guy. It’s impossible not to empathize with his position and its mess of contradictions – both scapegoat and savior, breadwinner and errand-boy. He plays the part of thankless saint, bearing the brunt of his family’s burden and the wealth of their criticism while doing so. This “poor Gilbert vs. the world” angle quickly wears thin, however, spurring a shift in the story’s viewpoint. As narrative bias is exchanged for an honesty that is far more compelling, its characters experience a sea change, their one-note roles splitting open to reveal a wonderful, tragic complexity.

It all begins with an interruption. The lives of the Grape family are plodding miserably along, buoyed somewhat by the anticipation of Arnie’s eighteenth birthday party. The routine that Gilbert drifts through— days spent stocking shelves, rendezvouses with Betty —is shaken by the appearance of a mysterious girl, a traveler temporarily stranded in Endora. Becky’s arrival startles the stagnant community, drawing stares from locals, and from Gilbert especially. She is irresistibly unfamiliar, far removed from the hopelessness of the town, his tired friends, his ramshackle home. Wandering the country in their trailer, she and her grandmother are free in the face of the Grapes’ fixedness, proof of the possibilities that exist outside Endora’s dusty limits. (Her vaguely punk-rock, dreamily stoned, too-cool-to-care-what-I’m-wearing brand of good looks don’t exactly hurt, either. Kudos to Juliette Lewis, for expertly playing Juliette Lewis.) While delivering groceries to their broken-down truck, Gilbert is enthralled by Becky’s strangeness, her easy kindness to him, and to Arnie. Their brief first encounter is enough to spur his unraveling.

Soon after they meet, a scene around the Grape dinner table boils over without warning. A barb Gilbert aims at his sister spirals into a fit of screams and table-banging, the frustrations of the entire family tangling into a fury, a moment that marks a turning point. The home environment that once seemed dismal merely due to disorder now shows itself to be something far more volatile. Trapped together, the family members exact their stir-crazy irritation on one another, lashing out without warning. Each outburst exposes more deeply the roots of the Grapes’ dysfunction. Their father was a ghost long before he hung himself in the basement. Their mother is eating herself to death for that very reason, and her children can do nothing to stop her. Their worlds revolve around her weight, each one collapsing a little more with every pound that she gains.

Gilbert’s glum resignation disappears overnight, replaced by a growing confusion. The emotions he’s tabled in order to serve others’ needs, the years of quiet rebellion, have begun to fight their way loose. Internally, he’s always been more of a cynic than a saint, his love for his family laced thick with resentment. Their reliance on him is dead weight, an obligation he construes as oppression. He is bitter because he’s angry, guilty because he’s bitter. Ashamed because his family is the butt of every joke. Devastated because they deserve better than their endless bad luck. Slowly, he recognizes himself as a coward. The fear he has of trying, of pushing the boundaries past what little he knows to actually succeed and save himself—from loneliness, from a wasted, empty life—stirs in him a self-hatred that he quickly converts into blame. He claims his family as the source of his unhappiness, comfortable to sulk in their shadows.

Off-kilter, Gilbert repeatedly flees to Becky’s trailer. To him, her lifestyle is a respite, the antithesis of the chaos awaiting him at home. He is blissfully unaware of her role as a catalyst, that their contrasting lives are what has awakened his restlessness, that hers is the objective perspective he so badly needs. She doesn’t put up with his dejection. She ignores the snide comments about his mother and insists on meeting her. Above all, their budding relationship is a lesson in love as a choice. Gilbert wants to need Becky. He has no desire to need Arnie, his immovable mother, his sisters. Until he makes that choice, until he wants to need them, there is no hope for a healthy balance in their love. Becky proves that he’s capable of choosing. Their interactions, directly and indirectly, exorcise the ugliness churning inside of Gilbert, a difficult catharsis but a necessary one all the same.

A flurry of mistakes are made in the process. Gilbert’s affair with Betty implodes when he attempts to end things, destroying her own family in ways he never could have imagined. His lack of attention to Arnie lands his brother in jail. Later, his unstable temper pushed to a breaking point, Gilbert hits Arnie when he misbehaves and is immediately mortified by what’s he done. He speeds to the edge of town in a panic, ready to leave Endora far behind, but stops just short of crossing the line. It’s then that he is finally faced with a decision. He has a choice and he chooses to stay. The path to that pivotal moment is littered with small casualties. He’s stumbled. He’s caused damage. But it’s only in the aftermath that he’s finally able to abandon his own martyrdom and acknowledge the people he loves for what they truly are. How fragile his brother is, his desperate need for Gilbert’s protection. How acutely aware his mother is of all the embarrassment she causes, the regret and pain that have rendered her helpless. His sisters’ desperation to hold everything together. Realizations wash over him in tides, the final brushstrokes needed to complete the family portrait. By the time the credits roll, its once rough lines have been made fully three-dimensional, a group of figures rendered in light and shadows. The Grape clan appears as love encircling a hard knot of hurt. They force their way around the darkness at their center, struggling to hold tight to each other, determined to never let go.

The title of this film is asked, not stated. What is eating Gilbert Grape? To say ‘family’ only partly explains, if only because this single word does not represent a singular idea. Instead, it is the sum of a hundred tiny parts arranged in the shape of an answer. It means grief and guilt and rage and pride and joy and disappointment and on and on, an endless, erratic array of feelings, collected over the course of a lifetime. We may not have a mother big enough to break the floorboards, but we have a mother. We may not have an absent father or a disabled sibling, but we have a father, a sister, a brother. Our feelings for them are still the most potent, the most deeply rooted, because they were the first to teach us what those feelings were. They form the beginning of an emotional history too detailed to decipher, a history that can never be pinned down with a proper name. If, in time, we’ve learned what Gilbert learns, its lack of definition is insignificant: whatever form it takes, however intact or broken—family, blood, that glorious mess—it is ours.

Lauren Cierzan is a writer and hearty Midwesterner currently based in Nashville, TN. Her work can be found at This Recording and hiding in various corners of the internet.