I’m Trying to Tell You the Truth About Myself 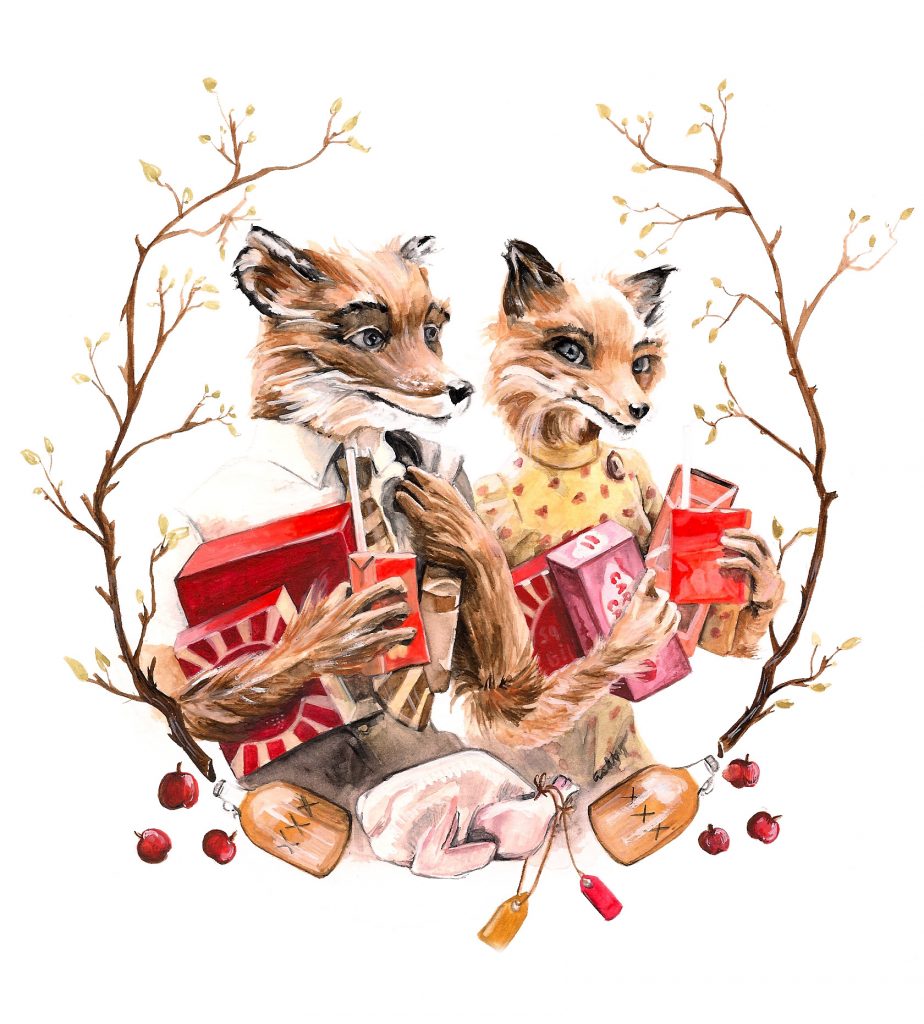 Before it was ours, my mother and I obsessed over our house.

It’s across the street from the Roman Catholic church my grandma goes to four to six days a week, which is an unreasonable amount of time, in my opinion. Some friends of mine got married in the church last month, someone I went to high school with and his new bride, a poor man’s Taylor Swift.

They waited at the top of the steps as the guests left the cathedral, greeting everyone as if they were the lone guest, the one person they’d hope would be there, lingering slightly, like you never do in your day to day life. The wedding guests were in front of the cathedral, looking like the best versions of themselves (so much effort for so short a service), and they were smiling and laughing and touching hands on the steps and it seemed cinematic.

I remember wondering what it would have looked like from across the street, that it must really be something to see. I know that I wanted to view the spectacle from there, was comfortable removing myself as a guest in exchange for being a stranger, to be a specter in the street.

A month after the wedding, I saw the cathedral from across the street, standing where I’d wanted to be before, in front of the empty house, staring at the steps where the wedding guests stood, elated. I see that same elation in the windows that aren’t boarded up. Looming double-paned windows, elaborate baseboards, glimpses of inanimate objects that represent a life one could have.

It is unsettling how quickly obsessions begin and end, troublesome how they resurface for a month or an hour or a year and then die and die again. Each one perfect at the beginning and then, near the end, like a piece of rotted fruit. Some potential version of yourself that you leave behind for reasons that are hard to determine.

In the film Fantastic Mr. Fox, the title character is an obsessive, too. He says, “I used to steal birds but now I’m a newspaper man”. Former obsessions include thievery, whackbat, journalism, treehouses, Bean’s alcoholic cider, and Mrs. Fox. Throughout the film, his obsessions are a source of both inspiration and resentment.

One can relate to this. I always wanted to play the violin and then someone in my life actually gave me one and it’s been cased in the same corner since that day years ago when it was given to me. Like John Laroche in Adaptation, who spends years utterly captivated by fish and then one day, “fuck fish”, as in “never so much as putting one goddamn toe in the ocean, that’s how much fuck fish”.

The Fox household is home to Mr. Fox (voiced by George Clooney), Mrs. Fox (voiced by Meryl Streep), Ash (voiced by Jason Schwartzman), and cousin Kristofferson (voiced by Eric Anderson). Mrs. Fox paints thunderstorms and tends house. Despite her son’s staggering attempts to be seen as an athlete, Ash is seen as “just different”. Kristofferson is the cousin who visits while his father battles double pneumonia. He is composed and modest, excels naturally at everything he tries (“Just look at him dig!”) and is ultimately an unwelcome house guest to Ash, who longs for the attention and notoriety that is showered on Kristofferson, someone who spends most of the film trying to avoid the exaltations.

The story belongs to Roald Dahl. And while a PG-rated stop-motion film based on a childrens’ story is definitely a departure for the filmmaker, Fantastic Mr. Fox is still completely and wholly a Wes Anderson film. Like his other films, there is a color palette here: this one features mustard yellow, candy apple red, and hen brown—with textures of animal fur and gray tweed and corduroy.

What is it in Wes Anderson’s heart that is so old ? Clint Eastwood is a 138-year-old man and even he has made films that are more relevant to these times than Anderson. Can you imagine an Xbox Kinect in a Wes Anderson film? Maybe in the year 2050. Can you imagine if, in The Royal Tenenbaums, Richie Tenenbaum told Eli Cash that he’s in love with his own sister via text message? Or if Raleigh St. Clair updated his Facebook status to “You’ve made a cuckold of me”? What ifRushmore’s Harold Blume had made his fortune in bluetooth headsets? Even now, as I try to imagine the most technologically-advanced item in any Wes Anderson film, it may be the radio transmitter Steve Zissou has implanted in the diving helmets in The Life Aquatic, or possibly the laminator Francis’s bald assistant Brendan must own in The Darjeeling Limited.

I happened upon Rushmore airing abridged on the USA network during the summer vacation between 7th and 8th grade, a secretly strange adolescent who kept an outfit diary, practiced new handwriting styles for the forthcoming school year, and had an eleven step plan to achieving popularity (implemented with occasional success at the baker’s dozen or so schools that I attended). Would I have eventually seen Rushmore some night in a freshman dormitory? Probably so. But instead I saw it precisely at an age of infinite impression, and it undoubtedly affected me. I started nearly-exclusively wearing men’s ties, polyester from yard sales, glitter eye shadow, and ancient coats that were either much too small or far too big for me. They smelled like damp, aged basements. I collected records for years, heaved them around from place to place in U.S. Postal Service mail bins, reinforced with heavy wire. I’d have nothing to play them on for five years.

I remember being particularly taken by the dialogue in Rushmore– not merely whimsical but genuine, too. Wes Anderson’s movies just felt right to me, filled with the kind of detail for an archetype, a decade, a side table, or a shirt collar that fellow obsessives can surely appreciate.

Mr. Fox’s obsessions have brought him to an existential crisis. One fox year is six human years, which would make this fox in his forties. His own father died at 6 and one half, and this seems to drive Foxy’s crisis. He asks himself if a fox can be happy without a chicken in its teeth. It seems like a rhetorical question, but then again maybe it’s a metaphorical chicken.

Mr. Fox doesn’t wanna live in a hole anymore because it makes him feel poor. Mrs. Fox says that foxes live in holes for a reason. Nonetheless, Foxy disregards the advice of his badger lawyer (voiced by Bill Murray) and buys a treehouse anyway, although, as he puts it, “It’s not exactly an evergreen, is it?”

Despite a promise to Mrs. Fox to quit banditing chickens, his move to the tree features an ominous view of the the empires of Boggis, Bunce, and Bean. Boggis is a chicken farmer, Bunce a duck farmer, and Bean a farmer of turkeys and apples. The latter of which makes the best, strongest alcoholic cider that “burns in your throat, boils in your belly, and tastes almost like pure melted gold”. Quicker than you can say “beagles love blueberries”, Mr. Fox is back to his old tricks, going so far as to involve little Kristofferson in his evening debaucheries. Night by night, he knocks off the farms and storehouses of all three capital B’s.

It doesn’t take long for Mr. Fox to lose his grip on the situation and soon all turns to calamity. The farmers fight back, led by Bean, who wears Mr. Fox’s tail as a necktie. He shot it off with a pistol—my boyfriend tells me it’s a luger. There is much more to lose this time around, and soon all the animals in the area are affected.

The idea that everyone, even animals, have true natures and talents, drives the story. Biological and psychological curses and blessings that begin and end before you realize what they even are. In the end, it’s the animals’ true natures that help them all escape with their lives.

“You’re also a husband and a father.”

“I’m trying to tell you the truth about myself.”

My mother and I would stare into the windows without shame. The house had been empty for many years. I remember that a gold Camry full of girls went by, one of them shouting, “OMG, stop looking in their windows!” But we did not stop.

We could just make out a red tile kitchen with an industrial steel, trough-like sink. We could tell the ceilings were tall, with some water damage. There was a circular window at the eve of the house. I thought of Moonrise Kingdom then as I do now, Suzy Bishop surveying all with her binoculars. My mother and I could just make out the largest room in the house, cut in half by pocket doors (pocket doors!) that slide in and out of sky blue walls. I thought of Margot Tenenbaum, who would sequester herself behind them, paint her nails, and smoke cartons among cartons of cigarettes for several years before anyone would ever suspect her a smoker.

I knew that I wanted to live in that house, I believed it would make me a happier person. I thought of seasoning the violin, having a reputable Halloween party, and turning the pantry into a board game closet.

I think of the wedding ceremony that took place across the street and I wonder again if I noticed our house from the cathedral steps, if I had been compelled to its edifice, twinkling there.

I want to believe I saw it, but know in my heart that I didn’t.

Bebe Ballroom writes from a small river town in Missouri, where she does not possess her dream job of naming shades of nail lacquer or house paint. She was born on the same day as Woody Allen and Bette Midler, which makes too much cosmic sense to dismiss. She has cultivated inadvertent collections of chopsticks, bobby pins, loose glitter, and neglected musical instruments which haunt her from the corner of the room.