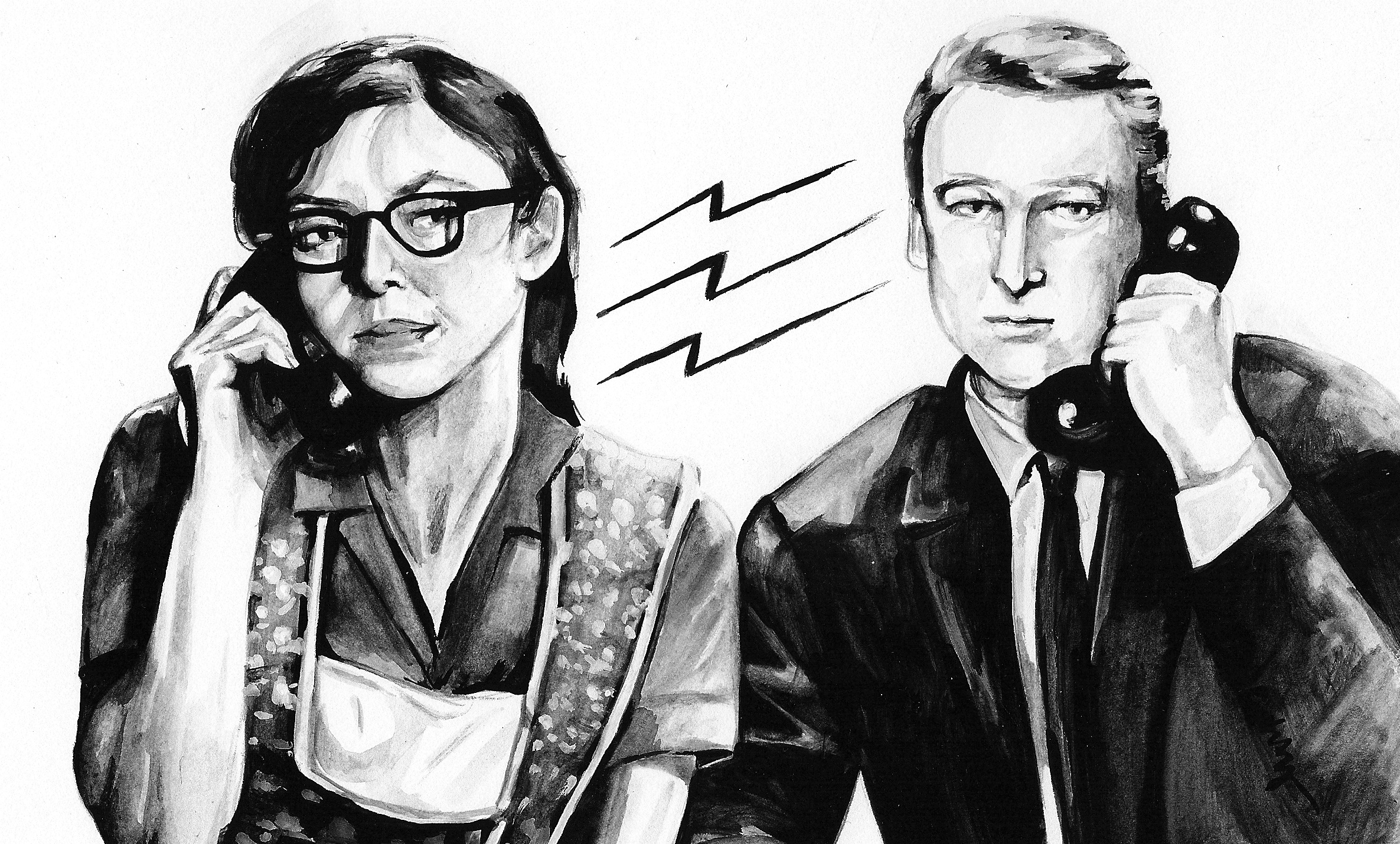 The Birdcage is my favorite Mike Nichols film. It’s a near-perfect movie––brilliantly cast, well-paced, surprisingly progressive, and most important of all, really funny. By the time The Birdcage came out, Nichols had been an established director for 30 years. It was an instant classic. It featured two of the most celebrated roles for Robin Williams and Nathan Lane. But for me, The Birdcage symbolized the long overdue collaboration between Nichols and his former comedy partner, Elaine May, who wrote the screenplay.

Mike Nichols was a man of great vision and humor, but I find myself less interested than I feel I should be in his solo projects. I enjoy them and I respect them, but I’m spoiled. My introduction to the work of Nichols wasn’t throughThe Graduate or Who’s Afraid of Virginia Woolf? Before I knew the Nichols behind the camera, I knew the Nichols in front of the camera with Elaine May.

When I was a senior in college, I took a semester focusing solely on comedy—how to write it, how to perform it, and where it all came from. We spent several days watching the extended sketch work of Nichols and May. Although a lot of it has been removed, you can still find some of their sketches on YouTube.

The more I watched their work, the more obsessed I became.

Mike and Elaine met at the University of Chicago in the 1950’s. Along with Paul Sills, Del Close, and others, they established what would eventually become the model of sketch and improvisation we now know today. They were involved in a troupe called The Compass Players, a group which would go on to found Chicago’s legendary Second City. They were revolutionaries. Nichols and May, especially, established themselves as benchmarks and innovators in the genre.

Comedy partners take on many forms, but there’s usually a straight man and a funny man. There’s the uptight, rigid player—the one who acknowledges the rules, keeps pacing in check, and whose reaction (or lack thereof) often garners the most laughs. And then there’s the goofy player––the chaotic, absurd, silly one, who gets things wrong, who trips and falls, who is an unflappable loser. This old entertainment trope dominated the American comedy scene through vaudeville in the 1920s and ‘30s.

What’s so magical about Nichols and May is that they don’t play a straight man or a funny man. They’re both, and they’re neither: they’re everything. They balance dry, unwavering wit with chaotic silliness. They drift in and out of established stereotypes, creating new characters much more grounded in reality than those of their vaudeville predecessors.

A lot of vaudeville duos featuring a man and a woman relied heavily on sexuality to relay jokes: his attraction to her, her beauty and stupidity. There was none of that in Nichols and May’s work. Along with The Compass Players, they put into effect one of the most crucial rules in comedy today: play to the height of your character’s intelligence. There are dumb people in this world—a sad truth—but no one is ever trying to be dumb. Everyone is trying to be the smartest version of themselves, and the same attempt should be made in comedy. (If you wonder, as you watch a failing sitcom or comedy film, why you aren’t laughing, it’s probably because this rule is being broken.)

My favorite sketch of theirs is thankfully still online. It’s titled Mother & Son, and it’s worth the five minutes of your time. In it, as you could probably predict, May and Nichols are a mother and son, respectively. The inspiration for the sketch came from something Nichols’ mother once said to him, which more or less opens the scene: “Hello, this is your mother, do you remember me?”

What’s astounding to me is how real the scene is. It’s funny, no doubt—it was funny fifty years ago and it’s funny today, but it’s also just true to life. It recalls so many different conversations I’ve had with my own mother about forgetting to call. Nichols and May both came from Jewish backgrounds, and they’ve both said this mother character was heavily influenced by their own mothers. But it’s not a series of jokes about Jewish mothers. It’s a sketch, and at their best, sketches are statements. This sketch is “you can never please your mother.”

Nichols and May are perfect in it. They never default to any kind of set-up and punchline style. The scene ebbs and flows. May is both harsh and emotional, scoring all the big moments in the scene. But it wouldn’t work without Nichols. He’s affable and exasperated, constantly vying for power. It’s said in comedy that a good scene works if the characters end at the emotional state the other character started in. They switch. They each have their own arc. May begins teary-eyed, pathetic. Nichols is evasive but confident. And in the end? May is gloating, practically cheerful, and Nichols is defeated. It’s a perfect circle.

Watching them change and shift throughout the scene is effortless and astounding. Their natural chemistry hasn’t been rivaled since. They’re fast and they’re funny but they’re also real people. In one of their more famous scenes (unfortunately gone from the internet), they play two nervous teenagers sitting in a car, both too anxious to kiss the other. They engage in small talk. They pause. They look away from each other. When they finally kiss, May’s character has yet to exhale the smoke from her cigarette, and turns away to do so mid-embrace.

Nichols and May only worked together for a brief amount of time. They were successful—they landed on Broadway—but they were also fast and funny and mean. They worked quickly and without patience. They outgrew each other, as many great pairs do, and moved in their separate directions. Since I work as a stand-up comedian these days, I know all too well what this feels like. I work alone and I write alone, because it’s hard to work with other people, especially in your art. It’s hard to share the spotlight, to give up control. Both so sharp and so smart, Nichols and May were too good to stay together for long. They didn’t crash and burn, but they parted ways. They moved on.

Then, decades later, The Birdcage reunited their sensibilities. Having watched so much of their sketch work, it’s amazing to see how The Birdcage flows seamlessly from joke to joke. It’s absurd but relatable. It’s about relationships and parents and children. It’s about guilt. It’s about mothers. It could only be so good because they did it together.