The Thing About Ghent 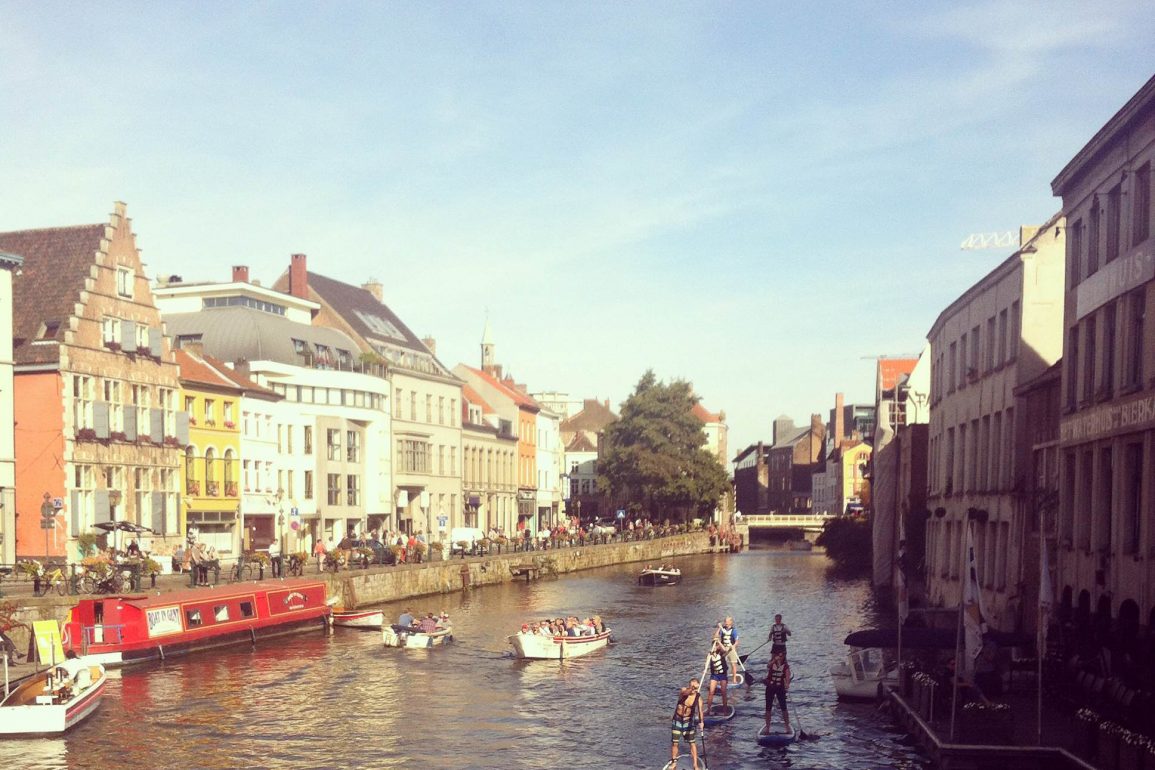 all photos courtesy of the author
“The thing about Belgium,” I explain to an attic full of comedians, microphone in hand, “is that it’s really a very normal place. It’s like the Midwest of Europe. If Europe was America, Belgium would be Wisconsin and Ghent would be Madison. There’s a ton of college students and one hill and everyone has a deep appreciation for beer and cheese.”

People laugh. I haven’t been back in the States for more than a whole day, but I’ve already written jokes about my time in Europe.

I’m horrified. “No, no,” I explain, in the way one should never have to with their jokes. “Fran Hoepfner, the persona, thought Belgium was ridiculous. Fran Hoepfner, the human person, loved every second of being there.”

In July, I found myself very much stuck where I’d been a year ago when I had graduated from college. I still worked in the service industry. I had a dead-end internship. I was writing, kind of, and I was a comedian, kind of, but mostly I was just stuck. On a particularly frustrating day of my internship, I applied to a workshop for young film critics in Ghent, Belgium. I hadn’t been to Belgium. I wasn’t even sure if I qualified as a “young film critic.” But I wasn’t doing anything and I wasn’t going anywhere, and even though I was sure I’d be edged out by grad students and young professionals, I had nothing to lose and everything to gain.

Then, in September, several things happened in quick succession: I got a new job. I got new glasses. I got into the workshop. I called my mom at seven in the morning and said, “I think I have to go to Belgium in a few weeks,” and she said, “Yeah, that makes sense.”

The festival I attended is called Film Fest Gent (in Dutch, the ‘h’ is taken out of Ghent, but either way, it’s pronounced with a mouth-y ‘g’ sound, like you’re perpetually clearing your throat). Ghent is a relatively small city, with about 250,000 residents in total, quite a few of them students at the university. Ghent is beautiful, but not in the expected, larger-than-life European sort of way. It was normal. It was quaint. Most mornings, I was up by 8am, stopping by the corner shop for an espresso and a croissant before making my way to the theater. For about twenty minutes (the length of most walks in Ghent), I walked along quiet canals adorned by small trees, their leaves a perfect shade of October orange. I didn’t get a lot of time off in Ghent, but when I wasn’t writing or watching movies, I walked. I walked through the main square. I walked past cathedrals. I climbed a tower (as one becomes accustomed to doing in Europe). 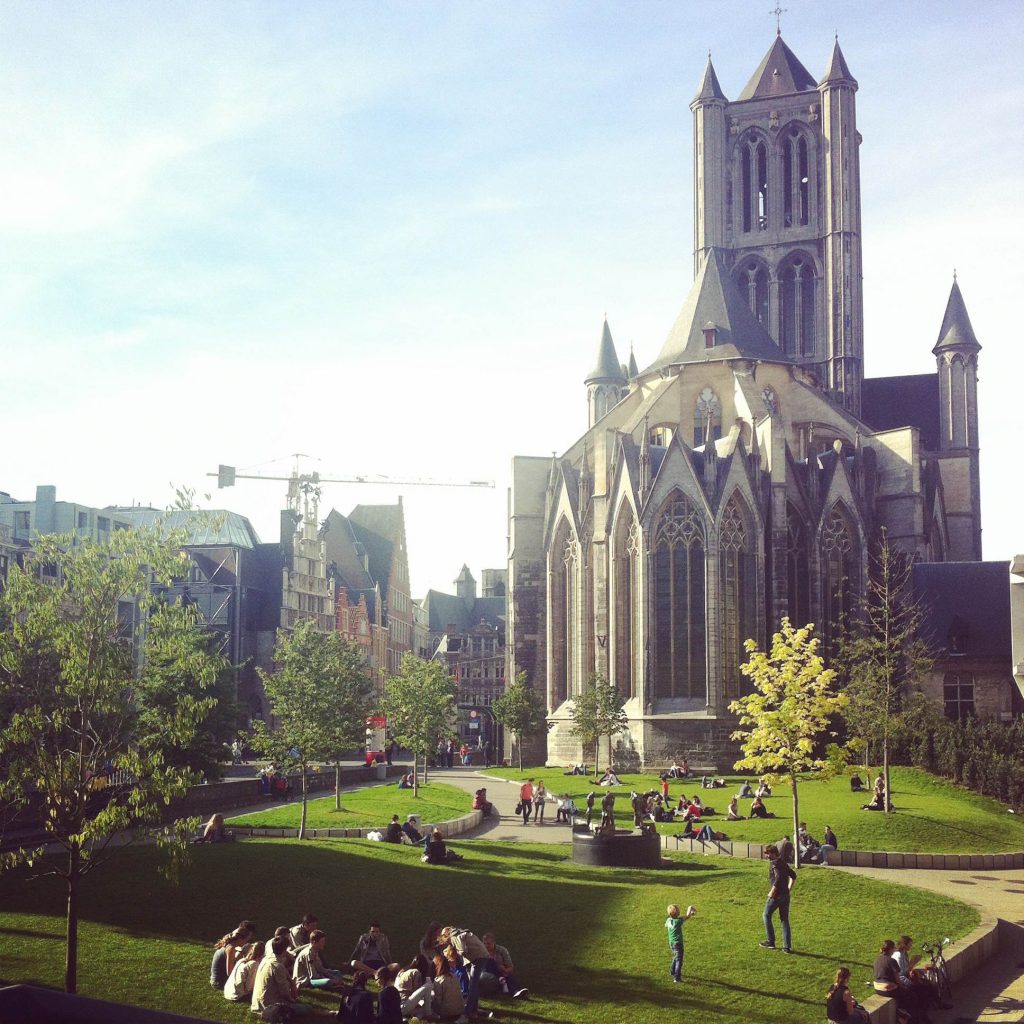 During the two week long 41st annual Film Fest Gent, I was responsible for seeing fourteen of the competition films, as well as anything else I could squeeze in. Besides me, there were four other young critics: one other American, as well as critics from Canada, Belgium, and the Netherlands. I was the baby of the group. Not only was I the youngest by about almost a year, but I also hadn’t seen any Godard films yet. There was a lot for me to learn. No one tells you how tired you’ll be all the time when you’re at a film festival. It doesn’t matter what time zone you’re in (though I’m sure the jet lag doesn’t help), you are just very tired. From 9:30 am until about 2pm, I was in screenings. There’d usually be some kind of break in the afternoon, during which I’d either carve out a nook in a cafe to work on reviews or nap (and one time, both). By 7pm, we’d be back at the theaters for screenings until the end of the night. The next day everything would start over and we’d be back at it.

Festivals are amazing, not because they take place in another country or because you get up close and personal with directors and screenwriters and actors, but because everyone is there to see films. It’s all anyone wants to do or talk about. Everyone comes together over a mutual love of cinema, and it doesn’t matter if you like or dislike a film as long as you want to talk about it afterwards.

The other young critics and I met in the press lounge for a catered lunch every day. We broke bread, quite literally, and found a way to disagree constantly about all of the films we saw.

“It was too melodramatic. Too soppy, too ridiculous,” someone would say.

“Are you kidding me? It was completely devoid of any emotion,” someone else would argue.

“I’m sick of movies about men,” someone else (me, almost always me) would say.

Because all the films are part of a festival with some type of submission process, you convince yourself everything is going to be good. Scratch that. They’re all objectively good, no doubt, but just like any feature film experience, some will be engaging and fantastic while others will have you rolling your eyes. 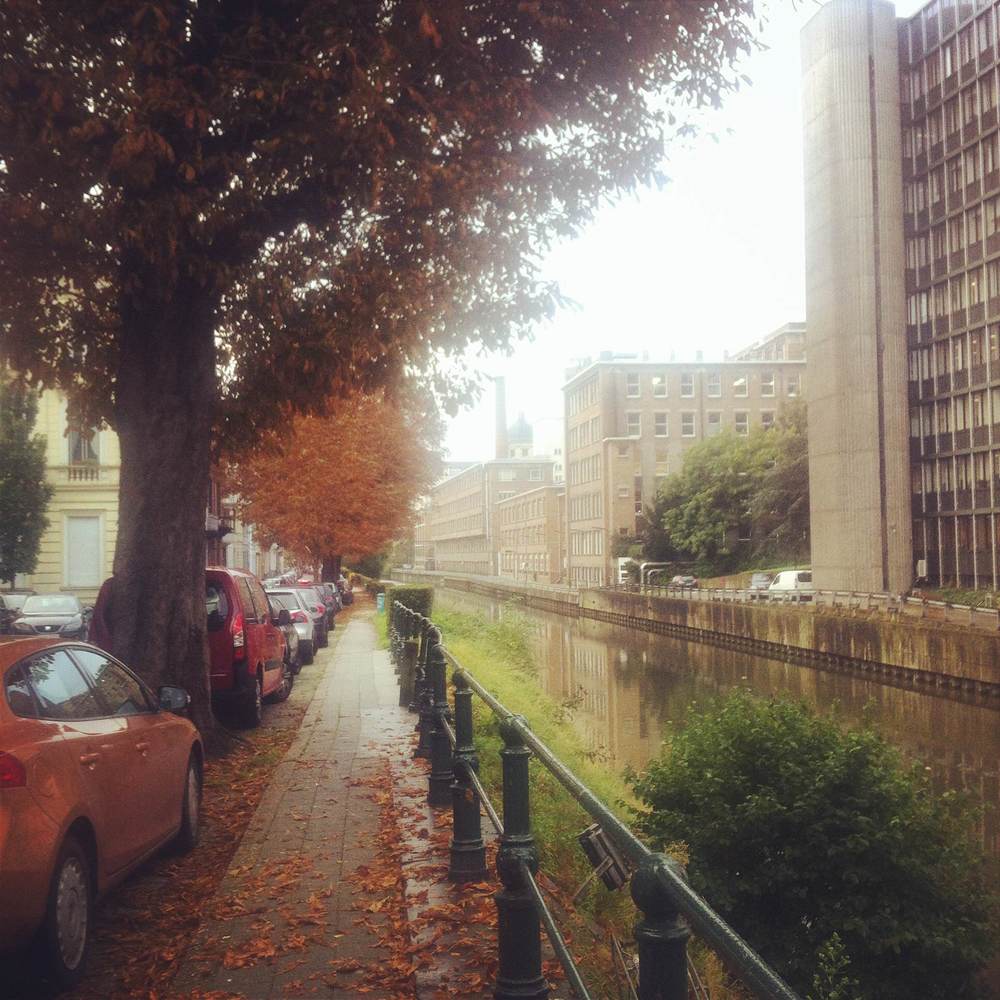 There were three competition films that played on already tired, mean-spirited anti-heroes: Waste Land, from Belgium, Stratos, from Greece, and Black Coal, Thin Ice, from China. There was also the Danish film Jauja with Viggo Mortensen as an 19th century military officer in Argentina. This was shot in small, square frames with rounded edges, like an Instagram photo, and while it could best be described as a Western, there was more desert-wandering than gun-shooting. My dislike of these films, of course, was completely subjective: Jauja won a special mention by the festival judges.

But then there was Leviathan: a beautiful and bleak Russian film clocking in at almost three full hours. There was also an Israeli film, The Kindergarten Teacher, which functioned almost as an anti-Dead Poets Society, asking what happens when a teacher gets too close, too involved. Of the non-competition films, I found myself head over heels with the impeccably charming Pride and quietly romantic Fury. “Did Belgium turn you into a Shia LaBeouf apologist?” a friend from home asked. The answer to that question is yes.

Force Majeure (a Swedish film which I saw under the title Turist) will be one to talk about for years to come. It was both the best film I saw at the festival and the best film I have seen this calendar year. Dark and scathingly funny, it’s about a picturesque family on a picturesque ski vacation.

About twenty minutes in, the family experiences as traumatic event (which, though evident in the trailer for the film, I don’t want to spoil for those who haven’t seen it), and they cope with the emotional repercussions for the remainder of the film. Lead actors Johannes Bah Kuhnke and Lisa Loven Kongsli are equal parts wonderful and terrifying as Tomas and Ebba, the married couple in question, who are pushed to the brink of their relationship. They experience almost every possible emotion in their five day vacation. Their anxiety and paranoia spread to other hotel guests, including their friend Mats and his young girlfriend Fanny. Kristopher Hivju, who plays Mats, is perhaps best known for his role as Tormund Giantsbane on Game of Thrones. He’s a comic highlight of the film: big and strong with the self-confidence of a middle-schooler. I would never describe Force Majeure as an outright comedy, but it certainly has enough solid laughs for every moment of cringe-worthy, passive-aggressive dialogue.

The whole film is beautiful. The skiing sequences are overwhelmingly silent. I’m not sure there’s been another film that so accurately captures both the beauty and claustrophobia of skiing vacations. The surrounding mountains and cliffs are immense, but at the end of the day, everyone is stuck in a lodge, forced to cope with the people they came with. Force Majeure is a complete experience, and it’s not one to be missed. 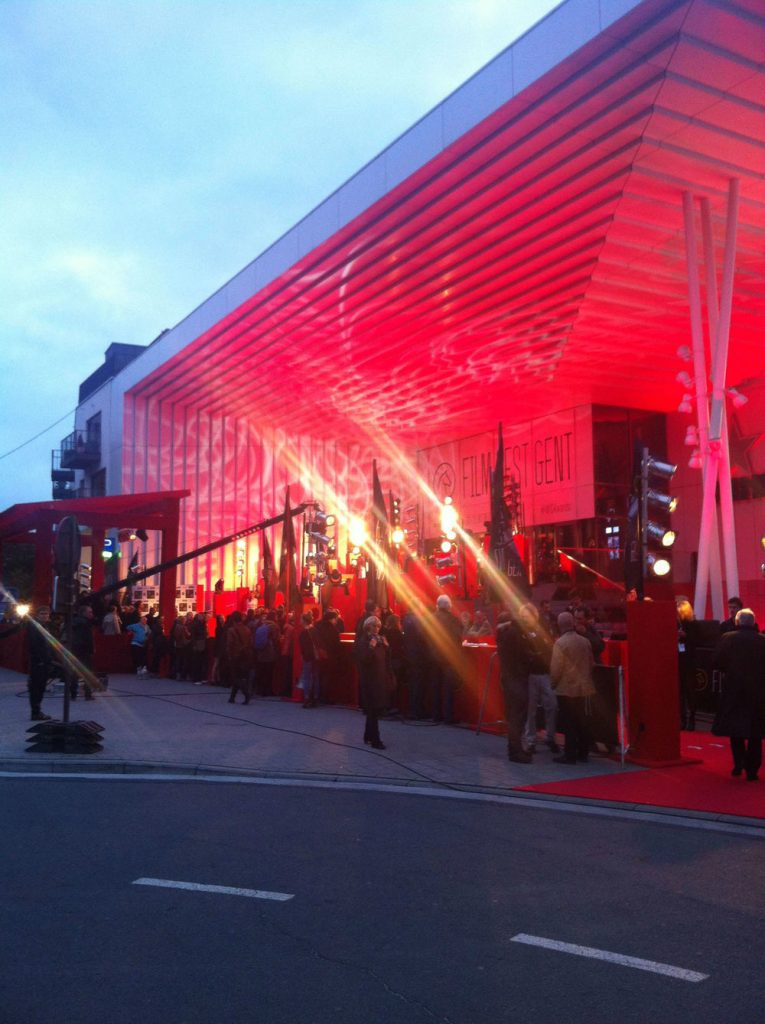 I ultimately watched 22 films during the festival. I came back from Ghent on a Friday afternoon, and by Sunday night, I was already back in a movie theater in Chicago. “I’m sure you’re completely exhausted from movies,” my friend said as we walked up to the ticket counter.

“Is that some kind of joke?” I asked, and then bought my tickets.