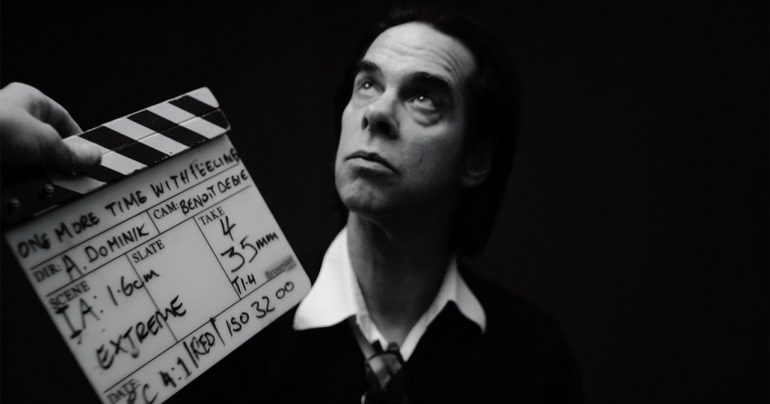 You believe in God but there are no special dispensations.

Remember January last, before 2016 revealed its bloodthirsty temperament? At the dawn of the year, I was 14 time zones in the future, in an Indonesian rice field, downloading David Bowie’s Blackstar. Through the speakers, there was Bowie, long-lost and familiarly himself — haunted, haunting, hinting at universes that we could only touch in imagination. Is there anything more thrilling than communion through art with another soul, the author-subject?  This South Pacific island, one of Bowie’s favorite places, ravishes with its riot of scent and light, its tangle of textiles and jungle plants. Then there are the gods — storeys-high Hindu deities battling over our daily lives. Ganesh, elephant-trunked, bug-eyed, guarded the portal to nearly every house, promising protections and beginnings and also warning: the shadow side of beginnings are the endings that precede and follow.

A day later, Bowie died.  Here’s my personal, completely tenuous identification to the Starman — he and my mother share a birthday and asymmetrically colored eyes.  On some occasions, Bowie aligned his nature with his star sign, Capricorn, and I can see in him the humble understatement, the sober workhorse, the melancholy loner that his work masked and exposed.

This is all projection. This is all an imaginary conversation with myself. If art begins in some alchemical combination of a soul, a set of traditions, and some catalytic stimuli, it is completed in the interplay with another mind, an audience. The relationship is one of linked imagination. An artist is a cherished companion tied to the progress of our own years, one of many transitional objects to teach our own mortality. When the creator disappears, we, the audience, also disappear — our consciousness halved, our senses dimmed — since a persuasive artist speaks more than we’d see or enounce ourselves. They leave, becoming a matter of record, what was signed and left behind, rather than a living responsive thing.  We are bereft of their possibility and of our own. And what of harder sorrows — in this year when so many of our most beloved became ancestors, how do the survivors get by?

The mind stutters when it encounters loss. Trauma is the great em dash of the mind’s storytelling impulse. This tension — between the comfort of meaning and the volcanic disjunction of emotion — troubles every frame of Andrew Dominik’s documentary, One More Time With Feeling. The film was devised to document the recording of The Bad Seeds’s newest album, Skeleton Tree.  Its dramatic drive springs from the sudden death of Cave’s 15 year old son, Arthur, who falls from a cliff during a youthful experiment with drugs. What began as a document for Cave enthusiasts transforms to another kind of record.  Arthur Cave has died but those he left behind are in their own spiritual bardo. They can’t quite exist in the living world around them. The audience makes an uneasy witness to this devastation. We are brought close to the onslaught of mourning — faces irradiated by loss, sorrow exposed like an unstaunched wound, the tests of self-reproach, guilt, and shame. The film is often so painful that it demands a degree of self-examination to justify watching it.  The filmmakers, foremost, occupy this position: a movie about a public figure’s personal woe risks exploitation, mining a tragedy for prurient interest.

In part, the film’s ethical solutions are technical: director Dominik incorporates the production’s practical glitches, flares, soft or dropped focus, outtakes, to approach the subjects with respect, to allow these characters to author their own portraits. At times, the film becomes a mono-medium: we hear voices in intimate confession accompanying a blank screen, or we see the reflection of a camera crew without sound, dollying across a track to get a shot. In grief, we are all trespassers, even the mourners, creating a kind of distance through participation, always circling, never at the center.

The film endows the perspective of a shattered subjectivity.  We meet human faces in planes or segments — nose then brow and eyes, chin and jaw, skull and shoulders. Warren Ellis, Cave’s protective djinn and creative shepherd, reaches out to us through a shallow puddle of focus. We see Cave from afar, as he sits in a studio lit like a space station. Plastically, the film recreates that uncanny quality of grief — when you recognize the weight of an event from the outside in. The look on your face informs you how you’ve been affected. Grief estranges a selfhood.

You’re a distant memory in the mind of your creator.

Nick Cave first appeared onscreen as himself in Wim Wenders’ Wings of Desire. That film, a kind of filmic Humans of Berlin, forms a composite portrait by following a clutch of guardian angels who eavesdrop on the city’s mortal residents. Instead of hearing people tell their story, we hear what they tell themselves. The predicaments are direly relatable: estranged children, desperate women, men awaiting their expiration date. But the angels also find homeric old men, an amused and engaged film star in Peter Falk, and one ethereal trapezist who inspires an angel to take mortal form. When the angel becomes human, the film’s point of view transforms too — Henri Alekan’s shimmering black and white is replaced by clashing, cacophonous color:  the human impulse for ornamentation in joyful competition.  Bruno Ganz’s angel is delighted by this luridness, chooses the loudest patterns, savors the most strident hues. The film’s richest color is its red, a shade that seems to signify lust for life rather than merely libidinous desire. There is an elegiac quality to the film, but a redemptive one:  mortality is where it’s at — pain, loss, pleasure are rewards when you opt to take part.

In that panorama, we meet rock star Cave, the intimate train of his thoughts overdubbed as he and his band deliver the final songs of a nightclub performance. Graphically, Cave is somewhere between an angel’s remove and a mortal’s sanguineous engagement.  He wears a garnet shirt, but retains his undertaker’s pallor, hair pushed back in an inky slick, eyes shadowed. “One more song and it’ll be over. But I’m not going to tell you about girl,” Cave insists to himself. There’s sorrow in his thoughts, and there’s also craft, the workmanlike distance that a performer retains to be effective. He launches into ‘From Her To Eternity.’  “I’m gonna tell you about a girl,” he sings, reversing his inner rebellion.  Here Wenders presents the paradox of inner life and public performance:  does art cheapen a sentiment, or does it provide necessary distance to elevate and elegize it? Is the performer talking himself into a feeling, or allowing it to bloom? Is the audience achieving communion or a pornographic kind of titillation?

And I’m breathing deep and I’m there and I’m also not there.

Cave’s cameo appears close to the climax of Wings of Desire and feels suitably momentous: he carries a mortician’s gravity and preacher’s promise of redemption. His earlier band was called The Birthday Party, perhaps an allusion to the Harold Pinter play. In any case, Cave’s performances invoke ceremony. He’s always been a high art cleric cloaked in B movie trappings, a holy roller meets man in black.

In One More Time, Cave has styled himself more Lee Marvin than post-punk  — an assassin’s uniform of polyester threads and aviators cloaks the rawness in himself. He has also shed his habitual reliance on narrative, replacing it with a compulsion for repetition and variation. The mind is more circular than linear, he seems to tell us. Events are not causal, but piled upon one another. His Skeleton lyrics are looping and insistent — slipping between slackness and authority, iterative like a prayer. There’s no room for storytelling now, although he grudgingly allows for the most basic of human narratives:  birth, decline and demise.

“It’s strange to rehearse the chords when I don’t know what the chords are,” Cave muses over his songwriting. Onscreen, he clings to a word or a note until he can advance to find the next one. Like all arts, music can begin in improvisation — the songs’ components are depicted as a kind of clay, massaged and reshaped until the shape pleases them. The band doesn’t know what they’re looking for until they see it. As Cave gamely responds to the director’s interrogations and requests, one senses it’s because he has a measure of patience for experimentation in search of form. If he dislikes the prodding and personal exposure, he recognizes that the performative aspect of the documentary is a way of getting through.  Play and playing music is generative.

For his part, director Dominik has chosen a set of toys to tackle his weighty subject — a black and white 3D camera, lengths of dolly track, oversize lights. They confer a godlike perspective in the intimacy of its faces, the remove of its greyscale, the majesty of its pans of skeletal Brighton Pier, deserted nightscapes, a cliff’s precipice. Even so, the musicians don’t always follow the film’s mandate:  Cave and Ellis rankle at the tiresome technical breakdowns and invasive and artificial requests in service of non-fiction. “Fuck continuity,” the keyboard player says and grins. He’s referring to the beard he acquires between episodes of filming. But Cave, in his grief, has also been stripped of continuity — narrative no longer makes sense, consistency and logic have departed and offer no solace.

The intellect grabs wildly for meaning, as if meaning provides consolation. “I wish I could boil this all down to a greeting card platitude,” Cave implores. You have the sense that he’s agreed to the documentary as one in many attempts to wrestle with the illogic of Arthur’s death.  When nothing is bearable, anything can be attempted.  The only boon of trauma is the daring that accompanies it. Or there is no gift — survival is an enactment, a possibly empty ritual with an unknown outcome.

Portraiture comes up repeatedly: film crew becomes subject when Cave remarks that Dominik’s cameraman looks like Miroslav Tichy, a Czech street photographer. They line up a row of framed Tichy prints on the floor of a studio antechamber. Tichy fashioned his own pinhole camera for his work — candid peeps at the female form that have a dreamy softness, like a direct message from his unconscious to yours. In Dominik’s film, we find disassembled people looking for themselves, recognizably isolated by bereavement.

Somehow simultaneously the Cave family lives under the dark star of grief and outside themselves — perhaps this is the only way anyone can experience such a loss. What’s palpable is Cave’s wife’s deep fragility, the puppy-faced innocence of his surviving son, Earl, whose upturned nose and dark blue eyes impart the tender boy that Cave might once have been.  The difficulty of the film and of the album crafted within it is that the death never transforms to metaphor and becomes manageable. Here are a man, a woman, a child, a group of friends wrestling with the world’s chronically unsolved problem, time. They are dealing with a permanent after, an irretrievable before.

One has the sense that Cave’s art has previously served as an escape. He’s an ardent creator, verging on workaholism. But trauma is not an inspiration for work, it’s a hindrance, and mediated experience doesn’t solve the problem of pain. At best art is a way to pass the time as you get through it, a problem that gives shelter, if only for seconds. The difference between me and the universe is that I have consciousness, Cave insists. That’s his middle finger to the contingencies of the mortal world — the most eloquent mind and voice fighting to make words and music.