The Code of the Con 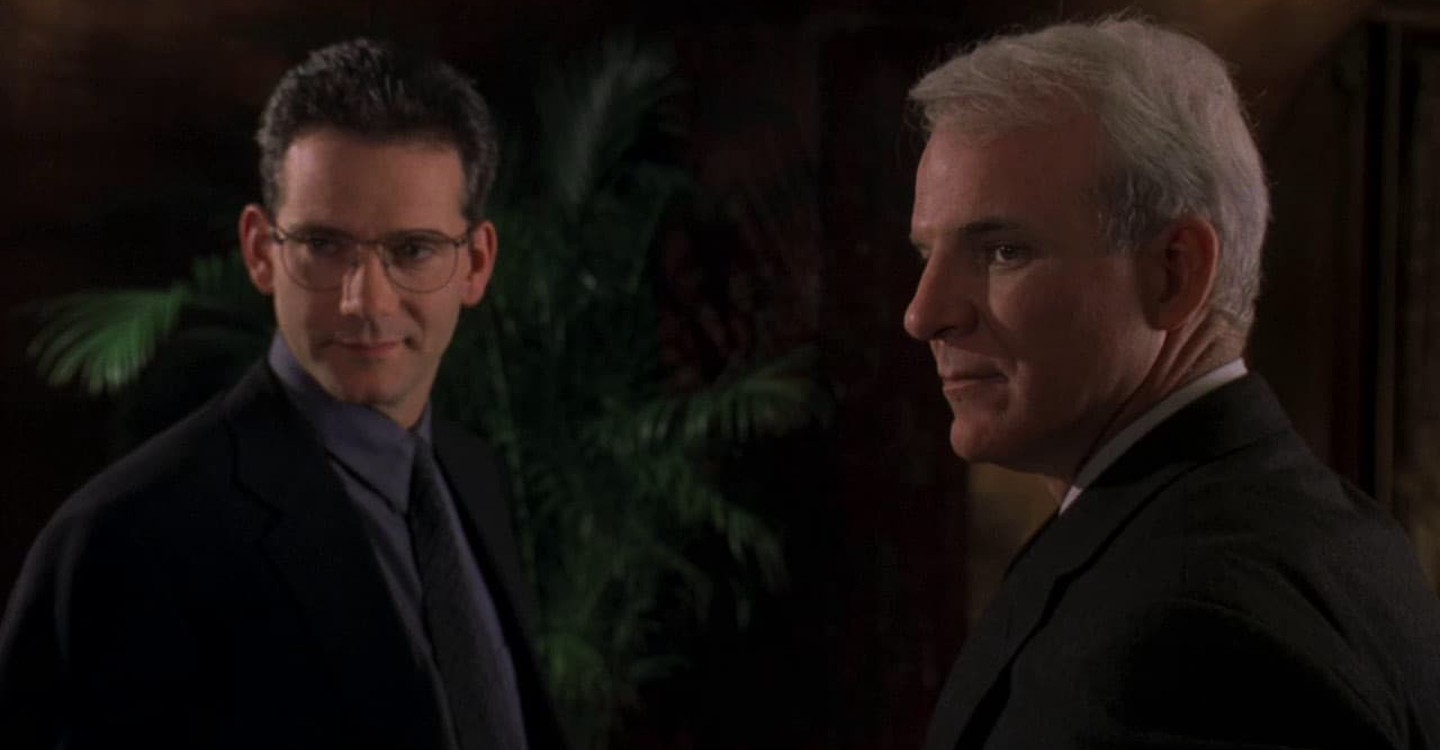 On the table before you lies a simple game of chance, the shell game. The shells shuffle, dance between the digits of the dealer’s dexterous hands. Perhaps he is a carnie, or a gentlemanly croupier. You win a round or two and then it’s double or nothing. The onlookers place side bets. This, the most modest of short cons, is enough to get a gambler like you in trouble. You could be at an ocean side boardwalk, on a city street, in a frontier town, or at a country fair. This could be the Roman Empire, medieval Europe, or New York City. The game remains the same, as old as civilization, only the swindlers and the dupes change. You are a character out of myth, the eternal sucker, or, in con man lingo, the mark.

“Of all the grifters, the confidence man is the aristocrat,” wrote David W. Maurer in his 1940 study in criminology The Big Con. “The grift has a gentle touch.” The long con is a complex charade, an act of seduction. The confidence man wears many masks but, ultimately, he is a salesman. Through a web of treachery, he sells you wealth, power, and sex. The things that dreams are made of. The con man is a conduit for fantasy, a conjurer, a dream maker. He is an optical illusion or perhaps a mirror image of the mark’s desires. This con man of yore seems almost like a relic, a piece of pre-Depression Americana in a fedora with a cutesy ragtime soundtrack by Scott Joplin. In this post-truth era of fake news and social media, the con man is more relevant than ever. He no longer lurks in the shadows. He knows where you live, what you like, who your friends are, what your social security number is, and who you will vote for. The art of the con is now an industry.

David Mamet’s The Spanish Prisoner is a neo-noir comedy of manners masquerading as a thriller. It is a confidence game as light and effortless as a masterful card trick performed by a humorous raconteur. Even after multiple viewings, when you know exactly what the illusionist is doing, the prestidigitation is so tactful that you still don’t see them doing it. We, the audience, take delight in having been conned ourselves. When the trick is over and our card is revealed, we are not shocked. We laugh.

At the center of this comical conspiracy is Joe Ross (Campbell Scott), engineer of “The Process,” a kind of ominous financial product (Kafka’s paranoid novel The Trial was originally published as Der Process). Joe’s enigmatic formula is shrouded in much mathematical mystery, notebooks, and chalkboards loaded with elaborate equations and graphs, but is never properly explained other than as a means to control “the global market” (of something, or other. No more questions). His nameless corporation whisks him off to St. Estèphe, an island in the Caribbean where he presents his creation to a group of investors dumbfounded by how much money they are poised to make (the exact dollar amount is only revealed offscreen). The Spanish Prisoner oozes secrecy and suspicion. In the opening shot, an airport sign reads, “Did you pack your own bag? Are you carrying gifts or packages for someone you don’t know? Has your bag been out of your sight since you packed it?” Every character has a hidden agenda and wants to control Joe through sex, trust, or intimidation and gain access to this elusive “Process.”

An overly polite man of working class roots, Joe is out of his element on this tropical isle, although the privileges of wealth paraded before him on the trip are quite enticing. Joe meets Jimmy Dell (Steve Martin) on the beach in St. Estèphe. The man offers Joe a thousand dollars for his disposable camera so as to destroy evidence of his illicit rendezvous with the wife of a friend. Joe hands it over as a gift and refuses the bribe. Jimmy is a jetsetting playboy of privilege who travels by private seaplane and beds obscure royals in his spare time. He is everything Joe is not…and perhaps wants to become. Jimmy is so impressed with Joe’s generous gesture with the camera that the two become fast friends. They both share a blue collar common sense, foreigners gazing at this paradise from the outside in. They smoke Cuban cigars, drink cocktails, and talk until sunrise. In a world of charades, empty promises, and appearances, Jimmy seems utterly authentic to Joe. “Good people, bad people,” Jimmy says, “They generally look like what they are.” Joe envisions Jimmy as a kindred spirit, an honest man of the upper crust who can show him the ways of the rich as he climbs the social ladder. When Jimmy promises to introduce Joe to his beautiful sister, a young tennis player, Joe’s infatuation sparkles. You know what they say about the road to hell.

The Spanish Prisoner is a master class in the art of the long con. It is a doozy, replete with corkscrew twists and double crosses (perhaps even triple or quadruple crosses, I lost count). Jimmy presents Joe with a package to deliver to his sister in New York, Joe becomes suspicious that his employer is trying to cheat him, and when familiar people aren’t who they seem, the plot descends into a deceitful abyss. But to simply regurgitate the plot would be the real crime, a lazy one. You don’t reveal the secret to a magic trick unless you’re an asshole. The Spanish Prisoner was filmed in the mid-‘90s, but it could have been made 50 years prior with the exact same script. Using only witty banter, double entendre, and coy glances, it’s sexy and smart as all hell. Susan (Rebecca Pidgeon), the company’s secretary, flirts with Joe, “If you ever feel the need of some company, or if you’d like someone to cook you dinner, or dinner and breakfast. 110 Mott Street.” It’s dusted in confectioner’s sugar, a Hitchcockian slice of cake. When Joe rides the carousel in Central Park during a surreptitious meet up, it’s Strangers on a Train all over again.

When I was a kid, if I was asked who my favorite actor was, I probably would’ve said Steve Martin, Bill Murray, Adam Sandler, Rodney Dangerfield, or Jim Carrey. And I probably still would. I love watching a comedian grab the big brass ring, given the opportunity to play against type, and kick some serious ass. That is the joy of watching Murray in Rushmore, Lost in Translation, or Broken Flowers; Dangerfield in Natural Born Killers; Adam Sandler in Punch-Drunk Love or Funny People, Jim Carrey in The Truman Show or Man on the Moon; and, most especially, Steve Martin in The Spanish Prisoner (and in another great little forgotten noir of his, Novocaine). These roles have a humanity, intensity, and vulnerability usually only hinted at in their comic performances. Just watch their eyes—it’s like discovering a fourth dimension to these clowns.

Mamet wrote the role of Jimmy Dell with Martin in mind, after seeing him in an off-Broadway production of Waiting for Godot directed by Mike Nichols (and co-starring Robin Williams and F. Murray Abraham. Christ, to have been in that audience). We trust Jimmy the way Joe does, because the character has Martin’s humane gravity. We orbit him like a satellite, drawn in by his air of genteel erudition. This is not some wild and crazy jerk with an arrow through his head buffoonishly plucking a banjo. This is Steve Martin, the refined playwright, art collector, novelist, and sophisticate, the Renaissance man. Martin is usually cast as the goofball, the romantic, the perpetual nice guy. It’s the very role he’s written for himself on numerous occasions. Here, he’s wise in the ways of cutthroat negotiation: “Always do business as if the person you’re doing business with is trying to screw you, because he probably is. And if he’s not, you can be pleasantly surprised.” When Jimmy reappears in the third act, brandishing a gun, Martin is cool, collected, and intimidating.

Mamet, with his roots in the theater, appreciates the pageantry of the long con with its repertory troupe of actors, smoke and mirrors, or clever set design suckering in dupes. He first explored it in his 1987 directorial debut House of Games, a grim, darkly funny con artist thriller of duplicity and revenge. These two films, made a decade apart, are like reverse negatives. The Spanish Prisoner floats, while House of Games is weighted down by the dire seriousness of its subject matter. The levity of The Spanish Prisoner is what makes its lack of seriousness so serious; it has the heft of a meringue but there’s substance at its center. It removes the dank heaviness of the genre and liberates it from itself, the lightweight exercise elevated to masterwork.

Mamet’s script is stripped of the hard drinking tough guy posturing, flagrant profanity, ugly epithets, and disposition for violence. Instead, we have goofy lawyers quoting Shakespeare and Thoreau, cockeyed secretaries who say, “My troika was pursued by wolves,” and ominous World War II propaganda posters in the workplace  (“Someone Talked.”). The damn thing has a sense of humor and allows itself to be silly. And then there’s Ricky Jay, the great avuncular magical showman, the bearded bard who chews on quasi-profundities like, “We must never forget that we are human, and as humans we dream, and when we dream we dream of money.” He smirks, tipsy on his own flimsy philosophy.

When I was young, my family would go on day trips to New York City, back when you could still find a three-card monte hustle on a Times Square street corner to sucker in tourists. Every visit I would purchase a fake Rolex watch from a street vendor for a few bucks. I had a whole collection of these cheap, fraudulent timepieces in a cigar box—the very fakeness was the point, in and of itself. They were jokes and I love collecting jokes. Which, ultimately, is what The Spanish Prisoner is: one prolonged joke with a great punchline. The only truly innocent man in the film is stabbed to death with a stolen boy scout knife; Felicity Huffman is, of course, up to no good; Japanese tourists are not what they seem; and the hapless chump at the center of it all walks away unscathed. The movie ends with a sly one-liner: “I think you’re gonna have to spend some time in your room.” The whole thing a hoot—not only funny, but genuinely fun.

The confidence men now make incessant robocalls from Pakistan. They stalk your Facebook page for an extended catfish scam. They operate in Silicon Valley under the guise of billion-dollar tech start-ups like Theranos. They organize the Fyre Festival debacle on Instagram. They are fakes, crowdfunding for nonexistent causes. They bilk investors out of millions like Bernie Madoff. They are bankers crashing the economy with subprime mortgages and derivatives. They collude with the Russians in a hoax to get elected. They spread conspiracy theories online claiming that the world is flat. The grift is alive and well, ladies and germs, because maybe the world is flat, after all. Just try not to fall off the edge and have the joke be on you.