Sophie Monks Kaufman
JoinedOctober 30, 2017
Articles1
Sophie Monks Kaufman is a freelance film journalist published at Sight & Sound, BFI, NME, The Guardian, New Statesman, and Time Out. She is a contributing editor at Little White Lies, having been staff writer at the same gleaming outlet from 2013-2016. She writes essay booklets for Arrow DVD releases, and talks about movies on Radio 4's The Film Programme as well as on LWLies' podcast Truth & Movies. Her debut film as writer/director, I Do Not Sleep, is enduring the horror of being entered to film festivals. In 2016, she made three episodes of a podcast about bulimia called Spill Your Guts. 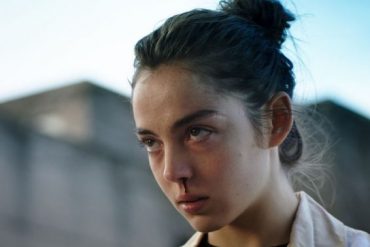 The Sensual Appetite in Raw, Shame, and Bulimia

Sophie Monks Kaufman·
Extras
My binges often ended in shame and physical pain, but at the beginning there was an animal release in just devouring.
Read More